AMT has commenced the provision of onsite design support during the production phase of the RNZN Frigate Systems Upgrade Program with a permanent presence at the Seaspan Shipyard in Victoria, Canada. This coincides with the formal handover ceremony for HMNZS TE KAHA at Canadian Forces Base Esquimalt in Victoria Canada marking a major milestone for the RNZN FSU project. 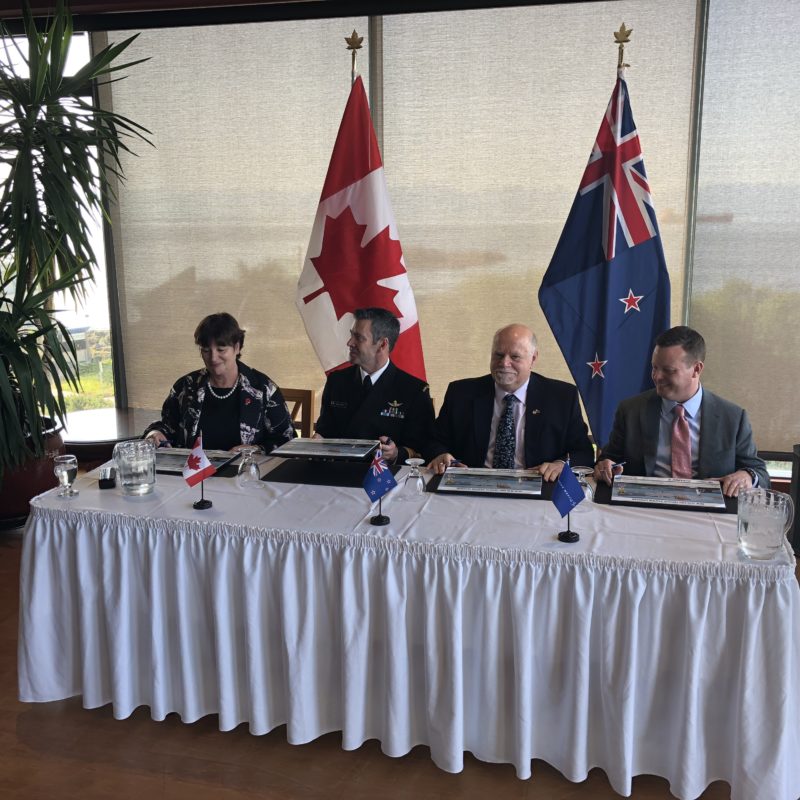 AMT’s onsite team is led by Andrew Cooper who has taken a leading role in the physical integration aspects of the FSU upgrade since the beginning of the project in 2012. This extensive and exciting project for the mid-life upgrade of the frigates’ combat system encompasses the replacement, addition, and/or modification of the majority of the combat system equipment with complete redesign of the ship upper deck and vast implications for ship systems and internal spaces.